Galton’s seafood dishes have always turned heads. He has a knack of taking simple ingredients and pairing them with techniques and flavours that allow the flavours to remain pure whilst bringing a sense of fun to the occasion. Cooking seafood is an art and in this book, Galton shows you how to master it.

Hook Line Sinker isn't a huge how-to reference guide, or a seafood bible to teach you everything about each fish in the sea. It's a very personal book featuring Galton's all-time favourite recipes, all of which have featured on his menu in some form over the years, but more importantly, are great to cook at home.

The book features over 90 recipes divided into five chapters - Quick and Easy, Small Plates, Stress-Free, Spicy Seafood and Main Courses. With a foreword by Michel Roux OBE and photography by John Scott Blackwell.

Galton Blackiston has been chef patron at the Michelin-starred Morston Hall for 25 years. In 1999 the restaurant was awarded a Michelin star, an accolade it has retained ever since.

His beloved restaurant and hotel on the north Norfolk coast is a stone’s throw from the water. Seafood has always been a part of Galton’s story and the opening of No1 Cromer, a modern take on the traditional fish and chip restaurant, has established him as one of the UK's leading seafood chefs.

When he was just 17, Galton ran a food stall on Rye Market selling a range of homemade cakes, biscuits and preserves, known as ‘Galton’s Goodies’, that proved such a success that he would frequently sell out by lunchtime. Realising that his talents lay firmly in cooking, he decided to focus on a career as a chef.

After stints working in London, New York, South Africa and Canada, Galton and his wife, Tracy, set about finding a suitable location to fulfil their dreams. They eventually found Morston Hall, a picturesque flint-knapped farmhouse now with 13 deluxe bedrooms and a restaurant. Since they opened Mortson, it has enjoyed an impressive 22 years in the Good Food Guide, and is widely considered to be a jewel in the crown of Norfolk’s up-and-coming food scene.

It’s one thing to run a successful Michelin-starred restaurant and retain the star year after year. It’s another thing entirely to branch out and open a takeaway, but this sort of challenge makes Galton the chef he is. His great desire is to bring good food to his customers – whether they are gastronomes, or holidaymakers wanting traditional fish and chips.

Sorry, there are no reviews at the moment. 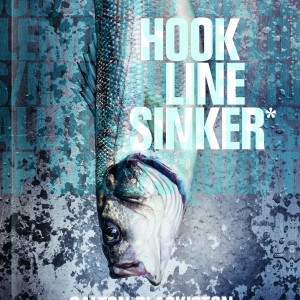